Children First envisions a vibrant community that cherishes education, provides opportunities for children and families to grow and thrive, and encourages and empowers families in supporting their children. 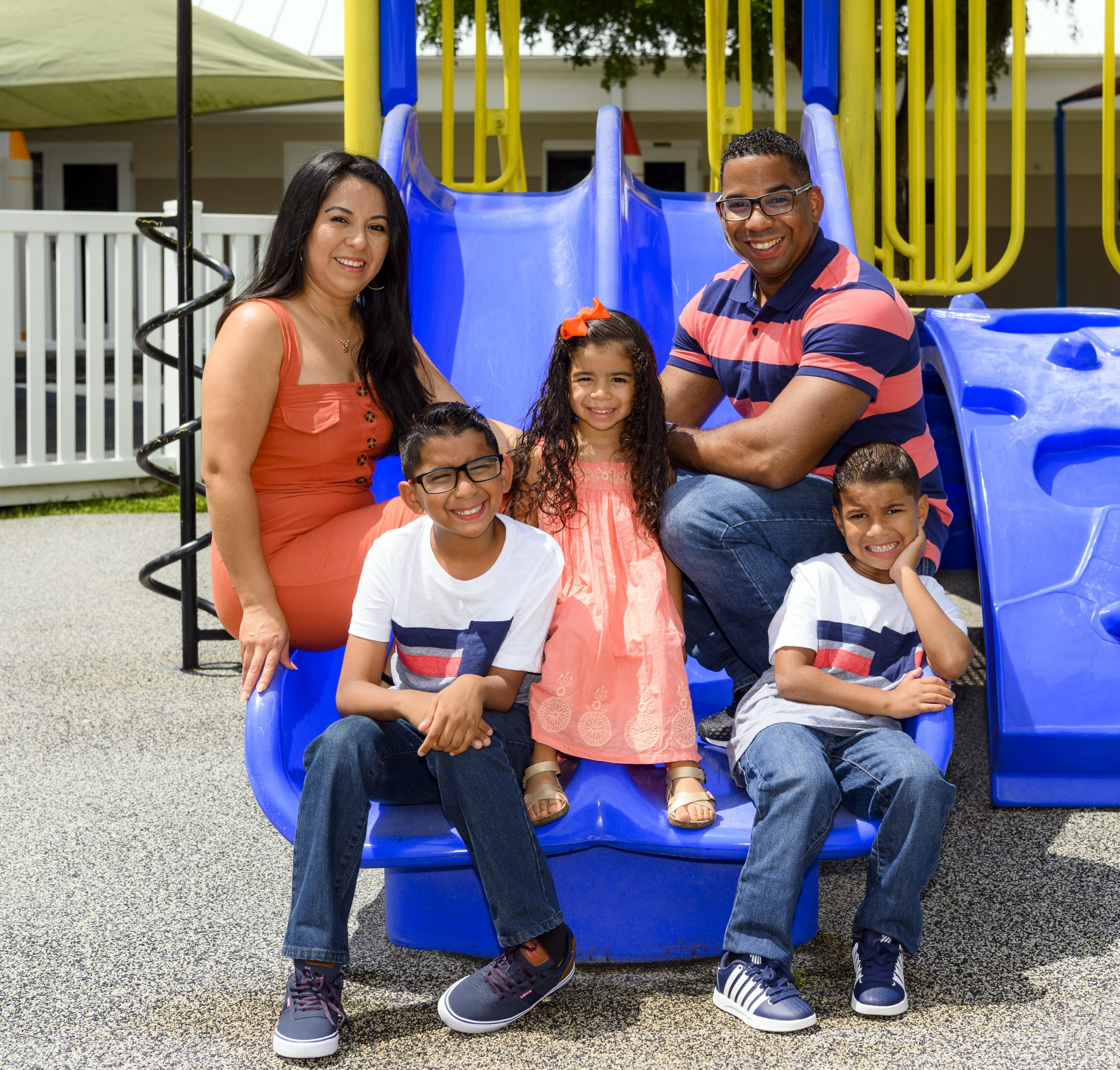 The Families First Institute, an award-winning, family-focused initiative, strengthens our most economically vulnerable families. It offers classes and workshops to our parents that focus on child development, parenting strategies, career and personal growth, and money management. Our goal is to lead to a positive and enduring change and reduce the effects of poverty through education, information, guidance, and support.

Our Nurturing Dads Initiative teaches fathers how to play a vital role in the lives of their children.

When Eliezer Rivera came to Children First, it was not under cheerful circumstances. His wife, Wendy, had recently lost her status in America and had to return to her home country when their son, Christopher, was just 6 months old. They made the difficult decision to leave Christopher with Eli in America, as Wendy returned to a small, Guatemalan city with no running water and scarce electricity.

Eli was now facing life as a single parent, enduring the emotional hardships of separation from his new wife. Luckily, Children First enabled the young father to go back to school while working full-time, and both Eli and Christopher began to thrive. The family was reunited after more than three years apart, and grew to include a second son, Eliezer Junior, and a daughter, Sofia.

Together, the Rivera family built a better future. Taking advantage of class offerings through the agency’s Families First Institute and governance opportunities such as the Policy Council, the two watched their children’s lives transform. Eli credits the Nurturing Dads Initiative with giving him a better understanding of his responsibilities as a husband, father, and community member.

Today, Eli holds his real estate license and is building his own company, with a focus on helping families the way that Children First has helped his. Wendy worked as a Teacher’s Aide for the organization that once nurtured and cared for her son when she was unable to. The couple will always be grateful for the stability that Children First brought to their family, and have committed themselves to giving back to the community the way that the community committed to them.

The Nurturing Dads class taught me how important a role model is for young children, and that I also needed to seek personal growth and development. 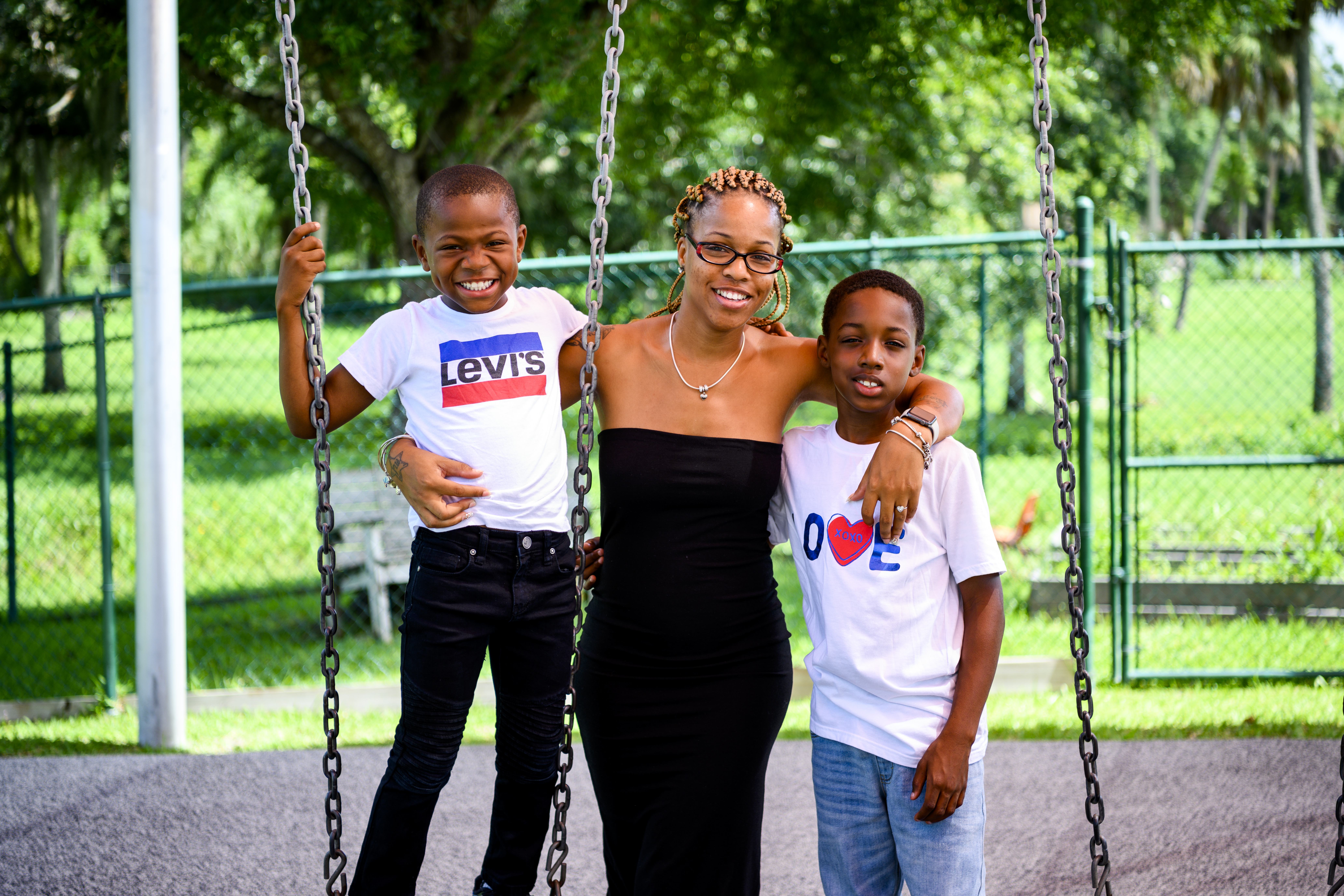 Family Advocacy is at the heart of services provided to families enrolled at Children First. The Family Advocate encourages all family members to become advocates for their children and helps with essential needs, providing the necessary referrals for clothing, housing, and food assistance.

Fatima Williams is a single mother of two bold and beautiful boys: Jaylon, age 10, and Marion, age 7. When Fatima came to Children First nearly a decade ago, she was desperate to find childcare that she could afford with a high-quality staff whom she could trust.

Children First empowered Fatima to break through barriers and provide herself and her family with an education. With Jaylon and Marion in the hands of loving, qualified teachers in a nurturing environment, she was able to earn her Child Development Associate Credential as well as her Florida Child Care Professional Credential. Fatima’s sons excelled through the years at Children First, making friends and learning new skills.

Jaylon and Marion are now participants of RISE, a partnership between Children First and Emma E. Booker Elementary School that provides support to low-income families with students in grades K-5. All participants pair with a mentor to help create a structure for success, in middle school and beyond. Jaylon will be entering the 4th grade and is looking forward to spending more time with his mentor, Mr. John, who joined Big Brothers and Big Sisters to become a stronger, more active presence in young Jaylon’s life. Marion will be starting second grade in the advanced class, as one of the program’s top readers.

Fatima is now a full-time teacher with Children First. She looks forward to continuing her career in early childhood education, and is eager to watch the continued success of her sons, which she credits with their time at Children First, as they navigate through adolescence into adulthood.

Commitment means to give your all and stay positive, no matter what. 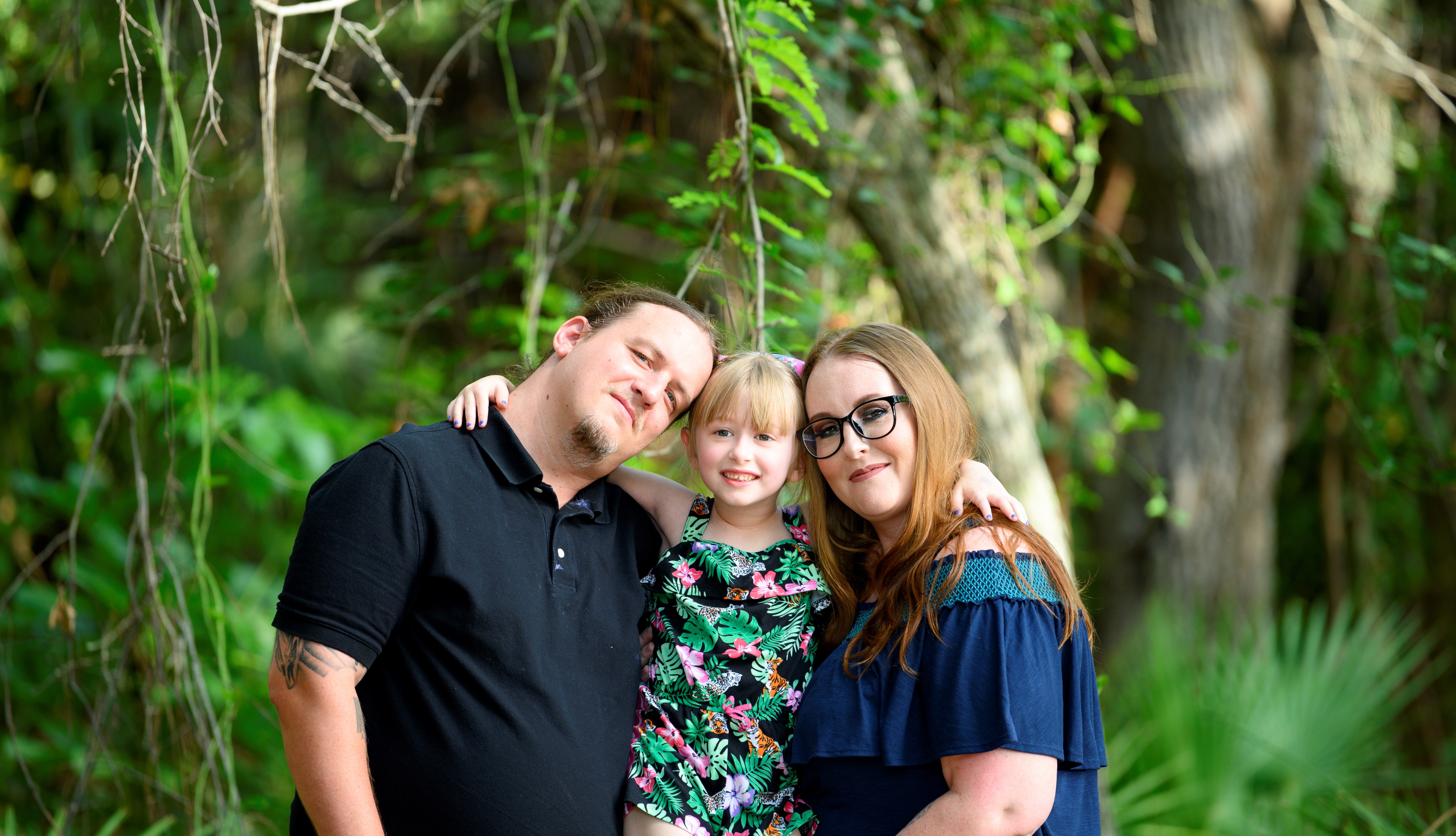 The Policy Council is a peer-elected committee comprised of parents or guardians of currently enrolled students at Children First. Families can further their involvement by serving on the Council, acting as the parents’ voice in making decisions for the program.

When Amy’s daughter Keira was born, she was in an unstable relationship and felt helpless to change her life for the better. She had no means of supporting herself, but when her daughter turned 3, Amy realized she needed to make a hard decision. The two left their home with nothing but each other and embarked on a journey that would transform their lives.

Keira was at a critical age when the pair settled in Florida, and Amy had to act fast. She discovered Children First online and felt that she had finally found an outlet for support. “As soon as I walked through the front doors, the staff made me see that our story was just beginning.”

Helped by her Children First Family Advocate, Kim, Amy discovered a positive space to grow as a family. She met Matt, who became a wonderful father for Keira, and her daughter began thriving in school. At first Keira was shy, but now, she loves to be outgoing and make friends. Amy attributes her time at Children First with helping to bring positive change to Keira, both at school and at home.

Amy’s involvement as a parent through the Policy Council and Families First Institute helped her to find confidence, both personally and professionally. Together, Amy and Matt purchased their first home, secured better jobs, and watched their lives transform. The two are now engaged, and the trio is excited about their next chapter as a family. Amy is attending school in the fall to obtain her nursing license and fulfill a lifelong dream while Keira attends school full-time.

It’s been a journey to discover her power, but with the help of Children First, Amy has found the strength and courage to create a new beginning – for her future, and her family.

I love that so many people believe in us and our kids. Children First has done so many wonderful things for us and we are so grateful.