A Journey "Into the Woods" - Children First

A Journey “Into the Woods”

Olivia’s Story: Getting a Head Start in Life

A Journey “Into the Woods”

Once upon a time, on April 9 to be exact, more than 300 guests traveled “Into the Woods” for the 22nd annual Fairytale Ball, hosted by Children First at Michael’s on East, which was decorated as a magical forest, filled with dreams and discoveries waiting to be made.

The sold-out event was the first in-person gala event in three years, due to the Covid pandemic. While there were many highlights, the best was saved for last. An incredible response to the live and silent auctions and a record-setting paddle raise added nearly $400,000 to Children First coffers, with the net from the event expected to exceed all other previous galas.

Allen and Stephanie Hochfelder, long-time supporters and volunteers at Children First, were then invited to the stage. CEO Philip Tavill announced that they had made two donations: a $300,000 multiyear gift, and a significant legacy commitment to Children First Forever, the agency’s planned giving society.

The evening began with guests perusing silent auction items, before taking their seats. Miss Sarasota 2022, Lauren Nielsen, opened the event by singing “Children Will Listen,” a song from Stephen Sondheim’s “Into the Woods.”

Vice President of Philanthropy Jessica Rogers took center stage, thanking donors for standing by Children First during the pandemic, noting that “your support never, ever wavered.” She then introduced a video of the evening’s co-chairs: Dr. Jacqueline and Lacy Ray, Linda Monda and John Mabardi, and Kathy and Tom Cook.

This was followed by moving videos of several Children First success stories, beginning with Denise Pacheco Cabrera and her 5-year-old daughter, Deybrianise. “Children First is not just about helping our children, it is about creating success for the entire family,” Denise noted. She was followed by a story about Children First alumna Breanna Browning, who started her own company, The Cookie Monster Cookies. The delicious cookies were distributed by volunteers dressed as Little Red Riding Hood to anyone making a donation during the paddle raise.

The live parent speaker was Olivia Harvey, a Children First alumna herself, who described the impact of Children First on her entire family including Maliya, who is currently enrolled at Children First and looking forward to attending kindergarten in the fall. “Our entire family has benefited from its services,” Olivia said. “In fact, Miss LaTonda, who was once my teacher, is now my daughter’s teacher.”

With help from Children First and the agency’s Job Skills Training course, funded in part by Charles & Margery Barancik Foundation, Olivia earned a new position as a Teacher’s Aide at Sarasota School of Arts and Sciences. Her goals include going on to earn her bachelor’s and master’s degrees, teaching math and then moving into school administration, ultimately running for the local school board. “A whole new world of possibilities has opened up,” said Olivia. “Children First is a change-maker in our community, child-by-child, and family-by-family.”

Following dinner and the fundraising, guests heard from CEO Philip Tavill. “Everything we do at Children First is about our mission,” he said. “And everything we do is embedded in the support of our community. We have deep, deep roots in this community, roots that enable our young saplings to grow into mighty trees … By going ‘Into the Woods,’ we continue to show our families that no matter how difficult the journey may seem, hard work and a strong system of support will always prevail.” 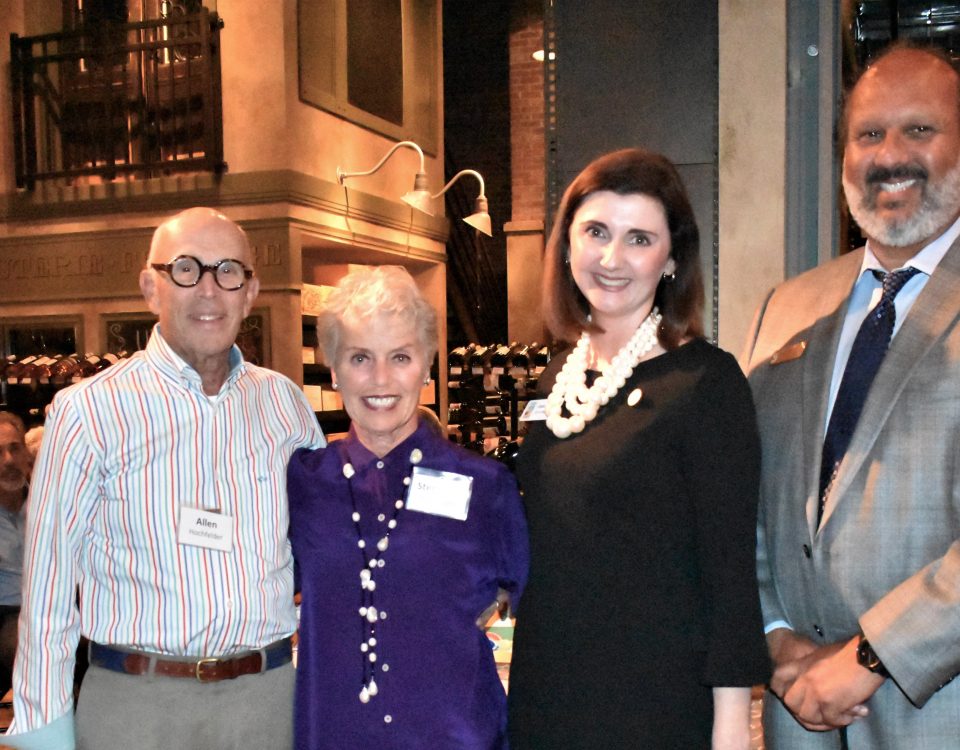